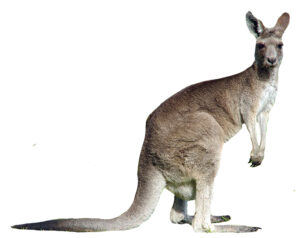 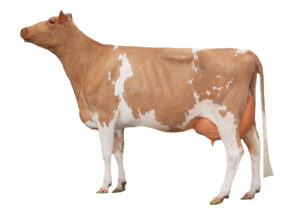 Scientific evidence is stacked up in favour of a meat free diet to mitigate against climate change. However, a few years back, some scientists got very excited at a research project that may make meat emissions more on par with plants.

Cattle give out methane, from either end. This is due to how their stomachs get the energy out of grass.

‘Kangaroos, on the other hand, don’t give out as much methane. It was therefore with great excitement that a study was performed on the roos to see if they could find out why and then maybe genetically engineer cows to do the same. Wow- think of the greenhouses gases that this would save!

For many decades, scientists believed that kangaroos produced very little of the greenhouse gas methane, unlike the farting pigs and cows. The thought was that low-methane-producing bacteria called “Archaea” in the digestion system of roos, compared to  methane belching Ruminococcus bateria in a cow’s 4 stomachs, was the key ingredient to fartless kangas. If that were the case, then scientists might be able to transplant those microbes in livestock to make them fart less or even genetically engineer cows to produce it themselves. That, in turn, would help cows and pigs produce less methane, thus mitigating climate change.

This is not an April Fool joke